0,2672
0,0003 (0,11%)
Tempo Reale
Mercato Aperto
0,2672
Algorand (ALGO) Loses Its Gains As Majority Of Coins Plummet
09 Novembre 2022 - 06:47PM
NEWSBTC
Despite bagging substantial gains earlier in the trading day, Algorand (ALGO) is down over 27% as of writing. The token’s price drop follows a bearish market sentiment that sees major coins plummet on the day.  The past seven days had seen the token climb steadily. It even tried reaching its 6-month high of $0.488 yesterday. However, its rally was cut short and only registered an intraday high of $0.409. Related Reading: Ethereum Bulls Defend $1,200 Support As Price Holds; How Long Will This Last? Algorand’s price dump comes as news of FTX acquisition by Binance surfaces. This single news has dragged the entire market into the red zone, with alpha crypto Bitcoin falling below $18k again. ALGO Consolidating And Accumulating Between $0.28 And $0.42 ALGO’s price has been on a significant slump throughout 2022 up to May. Since reaching an all-time high of $2.41 in September 2021, the token has only known downward trends. However, the token has formed a pattern these past months, starting from June.  Specifically, ALGO has been fluctuating around  $0.28 and $0.42, with the midrange being $0.35. This pointed to the possibility that the coin was through a period of accumulation. The A/D indicator also showed an upward trend, indicating sustained buyer interest. Since June, the indicator has been making higher lows.  Conversely, the CMF has followed the bear-bull battles by swinging back and forth between negative and positive values. At press time, the CMF was below zero, indicating that no substantial funds were entering the market. Instead, more funds were leaving. Can ALGO Break Past This Range? It’s highly unlikely. The overall market sentiment fueled by FTX/Binance news has already pulled ALGO from its upward trend. The RSI is already in the overbought zone and has started a downward movement. As of writing, the token is trading at around $0.2961, a 27% loss on the day. A bearish order block formed above the range highs in May, indicating the market’s extreme volatility during that month. The range was from $0.41 to $0.49, implying strong resistance for ALGO up to the round $0.5 level. What Pulled ALGO and Other Tokens’ Prices Under? Earlier in the day yesterday, tokens across the crypto market pumped substantially after FTX’s acquisition by Binance was revealed. The news came after several days of rumors about FTX and Alameda’s liquidity issue. However, the news couldn’t sustain much bullish pressure, causing the market to sink. All profits gained on the day were wiped out by more than 15% across the board. As of this writing, FTT had lost over 76% of its value, falling below the $4 threshold. The price of Solana came under pressure, retracing 39% to around $16. ALGO also suffered a 27% loss.  Related Reading: Bitcoin (BTC) Loses Previous All-time High Of $18,000; Here Is What To Expect BNB was poised to be the day’s big winner after the Binance FTX announcement. However, the recent market sell-off has hit the exchange token hard. It is now trading at $288, down 20.54% from its early morning high. Featured image from Pixabay and chart from TradingView.com
Grafico Azioni Algorand (COIN:ALGOUSD)
Storico
Da Gen 2023 a Feb 2023 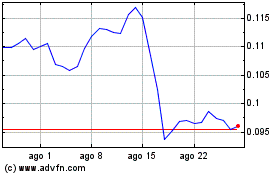 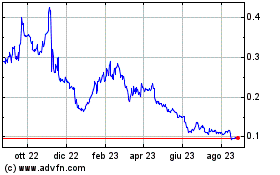 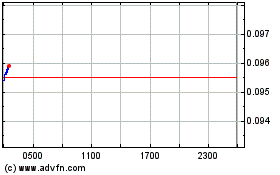