1,00
0,00 (0,00%)
Tempo Reale
Mercato Aperto
1,00
ADA To Rebound With Integration Of USDT And USDC On Cardano?
16 Aprile 2022 - 12:00AM
NEWSBTC
One of the best performer assets in the crypto top 10 by market cap, Cardano (ADA) keeps strengthening its ecosystem. As the network prepares for its next major Hard Fork Combinator (HFC) event, called Vasil, its DeFi sector could add some of the most popular assets in the space. Related Reading | Majority Of Cardano (ADA) Holders In Loss As Price Slides To $1 At the time of writing, ADA’s price trades at $0.95 with a 2% profit in the last 24-hours. Cardano could soon have native support for Tether (USDT), and USD Coin (USDC). Charles Hoskinson, this network’s inventor, and CEO at Input Output Global (IOG), shared his enthusiasm for WingRiders. Wingriders is one of the most exciting DEXes to launch on Cardano and now they are bringing stablecoins! https://t.co/Rpsl9znhyl — Charles Hoskinson (@IOHK_Charles) April 12, 2022 A decentralized exchange running on Cardano, WingRiders partnered with another two projects called Flint Wallet and Milkomeda, created to provide sidechains with friendly user and developer UX, to launch these stablecoins on the mainnet. According to a Medium post, Milkomeda will implement the Ethereum Virtual Machine on their Cardano sidechain. This sidechain will operate with a synthetic version of ADA called wrapped ADA (wADA). In practice, this will allow users to leverage the Milkomeda sidechain and wADA to connect with Ethereum, as seen in the diagram below. This will remove friction from the process of trading ERC-20 tokens with native Cardano tokens. WingRiders said: Milkomeda itself is an EVM based side chain of Cardano — supporting the ERC20 tokens stored for the user (for example on their Flint wallet or again using Metamask). A gateway will lock these ERC-20 tokens then issue Cardano native equivalents of these tokens on to the Cardano blockchain. This can be done via the Flint wallet. Bitcoin And Ethereum To Integrate With Cardano (ADA)? As WingRiders explained, the tokens on one side of the two chains will enter a smart contract to be “locked” as the synthetic versions are minted on the other side. In the case of the stablecoins, these digital assets will be “pre-mined” before the user request them and they will be “locked on the Cardano mainnet”. In that way, users can benefit from a “simple” way to transact on this network. Stablecoin is some of the most important digital assets because it can operate as a “liquidity accelerator” and onboard new users, fresh capital, and new assets, such as Bitcoin and Ethereum, to the ecosystem. However, bridges have become objects of attack by bad actors. Some of the biggest DeFi hacks in recent times have occurred on these platforms. Therefore, the potential for this partnership and ADA’s performance seems great, but not without potential tradeoffs. Related Reading | Here’s Why ADA Could Replicate Ethereum’s 2017 bullish break-out  The inventor of Cardano trusts the team behind the initiative. According to Hoskinson, IOG has been working with WingRiders for “years” on multiple projects. The inventor of Cardano said: We’ve worked with the team for years. They are the ones who did the ledger integration for cardano and also adalite. I like and respect their engineers. They also caught the bug in Minswap and did a responsible disclosure saving the DApp from hackers. Good people get callouts.
Grafico Azioni USD Coin (COIN:USDCUSD)
Storico
Da Giu 2022 a Lug 2022 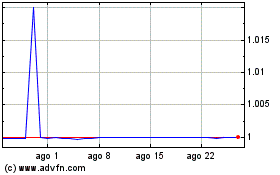 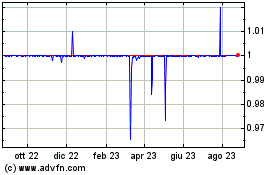 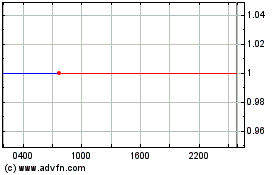