Paris, 29 July 2021: MRM (Euronext code ISIN FR0000060196), a real estate investment company specialising in retail property, today announced its first-half results for the period to 30 June 2021. This press release follows on from the review and closing of the interim financial statements by MRM’s Board of directors at its meeting held today.

François Matray, Chief Executive Officer of MRM, noted: “Despite the continuing health crisis, MRM considerably improved all its key indicators during the first half of the year. Occupancy rates for the portfolio increased further, the value of the portfolio increased and net operating cash flow was higher than in the first half of 2019, the last year before the health crisis. MRM is on track to achieve its target of annualised net rent of over €10 million on the basis of the current portfolio.

As the owner and operator of a diversified retail property portfolio with a favourable retail mix and moderate rents, MRM benefits from its positioning that is both resilient in times of crisis and adapted to changing consumer trends. MRM is also reaping the benefits of active management of its retail properties and the close relations it enjoys with its tenants. These strengths will enable us to continue to keep stride with changes in bricks-and-mortar retail, which still offers a promising future provided it is managed dynamically and with pragmatism.”

Continuation of the health crisis in the first half

Retail activity was again severely restricted during the first half of 2021 by the various restrictions on shop openings and curfews introduced by the French government. Over the first six months of the year, MRM’s floor space that remained open represented 73% of gross annualised rent

Against this backdrop, the high proportion of food retail, household equipment, discount stores and services makes MRM’s retail mix all the more relevant. These sectors make up around two thirds of the rental base, while the most distressed sectors – such as personal equipment and beauty – only account for around 10%.

Furthermore, the portfolio’s moderate average rent1 of around €180 per sqm is also a strength, particularly in this unprecedented situation for the sector.

Rental activity remained brisk. The 10 leases2 signed during the first half of the year represent rents of €1.0 million, with a positive reversionary rate3 of 2% for a total floor area of 7,100 sqm.

Robust letting activity has resulted in improvement in all key indicators, with no change in scope:

The programme to transform the Valentin shopping centre was completed during the first half of the year, significantly enhancing the appeal of the shopping gallery attached to the Carrefour hypermarket, the leader in the Greater Besançon area.

The extended and refurbished Valentin shopping centre is now home to 50 stores (including three medium-sized units) over a floor area of 6,700 sqm, of which 89% is let. The retail mix has been enhanced by the arrival of Action, Christine Laure, Crescendo and Mise Au Green, alongside existing retailers such as Chausport, Histoire d’Or, Jules & John, Orange and Poulaillon.

Particular emphasis has been placed on integrating the shopping centre into its environment from the design stages, including zero net land artificialisation of more than 400 sqm despite the extension, eco-responsible accessibility, a “green worksite” charter and planting of trees. All new leases include an environmental appendix.

Focus on the rent collection

To date, MRM has collected 86% and 69% respectively of rents and charges for the first and second quarters of 2021. These rates are in line with expectations taking account on the one hand of MRM’s merchandising mix, with a high proportion of resilient activities, and on the other hand the terms of aid announced by the French government for retailers concerned by government-ordered closures since the start of 2021, which have not yet been set out.

MRM also continued to collect amounts due in respect of 2020. Overall, the collection rate of rents and charges due after taking account of rent write-off agreements with tenants (noting that all agreements have been signed) rose from 90% as at 31 December 2020 to 93% to date.

Portfolio value up 2.4% thanks to lettings

The value of MRM’s portfolio was €164.8 million as at 30 June 2021. This 2.4% increase reflects primarily the rise in occupancy rates and rents.

Investments made in the first half of 2021 totalled €1.7 million, relating primarily to the completion of extension works (+2,600 sqm) at the Valentin shopping centre.

Gross rental income for the first half of 2021 corresponding to rents billed increased by 4.0% relative to the first half of 2020 to €4.9 million after taking account of the limited impact of the spreading out of rent write-offs granted in 2020 and accompanied by counterparts amending the terms of leases6.

This includes in particular operating expenses of €1.2 million, up 3%, and the impact of tenant support measures in respect of the second lockdown in 20207 and the third lockdown in 20218, representing a net charge of €0.5 million.

After taking account of investments made during the period, the increase in appraised values resulted in a positive change in the portfolio’s fair value of €2.1 million, compared with a negative change of €6.0 million in the first half of 2020.

As a result, operating income came to €4.0 million compared with an operating loss of €4.2 million in the first half of 2020.

A condensed income statement is included in the appendix.

Net operating cash flow9 higher than in H1 2019, the last year before the crisis

After taking account in particular of the €0.5 million relating to tenant support measures, compared with €0.8 million in the first half of 2020, EBITDA came to €2.4 million.

The next major debt repayment is in June 2022.

During the first half of the year, MRM entered into an agreement with its main partner bank to postpone amortisation payments due in 2021, representing a total of €1.9 million, until the loan maturity in June 2022. This agreement strengthens the Group’s liquidity position under the exceptional circumstances relating to the health crisis.

MRM has been working for a number of years on Environmental, Social and Governance aspects.

In terms of environmental criteria, the portfolio is constantly becoming more energy efficient, in line with the target of reducing energy consumption by 30% by 2030 compared with 2015.

In addition, increased cooperation with tenants is essential in order to work on buildings together with a view to improving energy consumption. That is why MRM makes contractual commitments with its tenants to support these improvements. To date, 60% of leases in the portfolio include an environmental appendix, even though this is only an obligation for leases for more than 2,000 sqm. At present, all new leases signed by MRM will include this environmental appendix.

Although all retailers have gradually been able to reopen their doors to the public since 19 May 2021, the current situation is still overshadowed by the health crisis and uncertainties relating to a potential fourth epidemic wave. Uncertainties remain regarding new decisions of restricting access to retail stores, restaurants and shopping centres, and their impact is difficult to predict.

In addition to adapting operations to the health situation, MRM’s priorities for 2021 as a whole are:

MRM maintains its target of total annualised net rent in excess of €10 million, based on an assumed physical occupancy rate of 95%. This target is based on the current portfolio (excluding acquisitions and disposals).

Financial information for the 3rd quarter of 2021 will be published before the market opens on 4 November 2021.

1 Excluding Gamm Vert sub-portfolio2 New or renewed leases3 Excluding reletting of space previously let on short-term lease, or +19% including this reletting4 Calculated on the basis of total existing lots in the portfolio, including those held strategically vacant and the Valentin shopping centre extension

5 Including leases already signed but not yet in effect at 30.06.2021 and excluding short-term leases expiring in Q3 2021. Adjusted for these factors, at 30.06.2021, the physical occupancy rate was 89%, the financial occupancy rate was 86% and annualised net rent was €9.2m. 6 Counterparts modifying the terms of leases in the sense of IFRS 16 (e.g. extension of lease duration, or waiver of termination rights at the next three-year break option date).7 Lockdown from 30 October to 15 December 20208 Lockdown from 18 March to 19 May 20219 Net operating cash flow = Net income before tax adjusted for non-cash items. 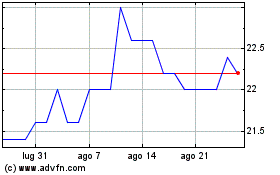 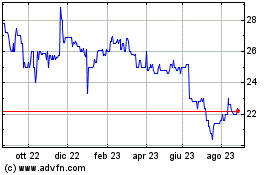 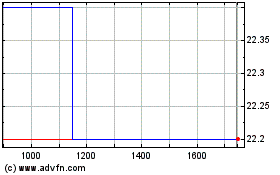