“This quarter’s royalty revenues from TWYMEEG, marketed in Japan by Sumitomo Pharma for Type 2 diabetes, increased four-fold over the prior quarter, in part due to the removal of prescribing restrictions after the initial year on the market. The royalty stream from TWYMEEG’s growth is poised to deliver significant value to Poxel,” noted Thomas Kuhn, Chief Executive Officer of Poxel. “From our clinical programs, our DESTINY-1 Phase 2 Trial for PXL065 in NASH recently reported positive results, especially with respect to fibrosis which represents the highest unmet need in non-cirrhotic NASH. This is an important milestone for Poxel, but also more broadly for NASH, for which there is still no approved treatment. Based on these results, we are prioritizing PXL065 in NASH and are actively looking for a partner to advance its development. By leveraging the 505(b)(2) regulatory pathway, the extensive safety database of the parent molecule, and our recent Phase 2 results, we are well-positioned amongst other drugs in development for future development. In addition, PXL770 is a Phase 2 ready asset that is focused exclusively on rare diseases, starting with adrenoleukodystrophy and autosomal-dominant polycystic kidney disease.”

Event after the Period

the Company expects that its resources will be sufficient to fund its operations and capital expenditure requirements through at least February 2023.

Poxel reported revenues of EUR 286 thousand for the nine months ended September 30, 2022, as compared to EUR 13.3 million during the corresponding period in 2021, which mostly reflected the EUR 13.2 million milestone payment for the approval of TWYMEEG in Japan on June 23, 2021.

Revenue for the first nine months of 2022 mostly reflects the JPY 40 million (EUR 286 thousand) of royalty revenue from Sumitomo Pharma which represents 8% of TWYMEEG net sales in Japan. Based on the current forecast, Poxel expects to receive 8% royalties on TWYMEEG net sales in Japan through the Sumitomo Pharma fiscal year 2022 (April 2022 to March 2023). As part of the Merck Serono licensing agreement, Poxel will pay Merck Serono a fixed 8% royalty based on the net sales of Imeglimin, independent of the level of sales.

Planned Presentations and Participation at the Following Upcoming Events

Poxel is a clinical stage biopharmaceutical company developing innovative treatments for chronic serious diseases with metabolic pathophysiology, including non-alcoholic steatohepatitis (NASH) and rare disorders. For the treatment of NASH, PXL065 (deuterium-stabilized R-pioglitazone) met its primary endpoint in a streamlined Phase 2 trial (DESTINY-1). In rare diseases, development of PXL770, a first-in-class direct adenosine monophosphate-activated protein kinase (AMPK) activator, is focused on the treatment of adrenoleukodystrophy (ALD) and autosomal dominant polycystic kidney disease (ADPKD). TWYMEEG® (Imeglimin), Poxel’s first-in-class product that targets mitochondrial dysfunction, is now marketed for the treatment of type 2 diabetes in Japan by Sumitomo Pharma and Poxel expects to receive royalties and sales-based payments. Poxel has a strategic partnership with Sumitomo Pharma for Imeglimin in Japan, China, and eleven other Asian countries. Listed on Euronext Paris, Poxel is headquartered in Lyon, France, and has subsidiaries in Boston, MA, and Tokyo, Japan.

All statements other than statements of historical fact included in this press release about future events are subject to (i) change without notice and (ii) factors beyond the Company’s control. These statements may include, without limitation, any statements preceded by, followed by or including words such as “target,” “believe,” “expect,” “aim,” “intend,” “may,” “anticipate,” “estimate,” “plan,” “project,” “will,” “can have,” “likely,” “should,” “would,” “could” and other words and terms of similar meaning or the negative thereof. Forward-looking statements are subject to inherent risks and uncertainties beyond the Company’s control that could cause the Company’s actual results or performance to be materially different from the expected results or performance expressed or implied by such forward-looking statements. The Company does not endorse or is not otherwise responsible for the content of external hyperlinks referred to in this press release. 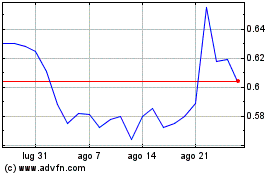 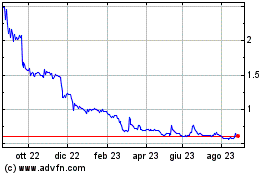 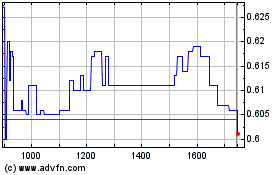