Unilever PLC reported Thursday an increase in net profit for 2021 that beat market expectations and said it plans to launch a share buyback program worth up to $3.43 billion, but warned of higher costs due to inflationary pressures.

The Anglo-Dutch retailer--which owns consumer brands such as Ben & Jerry's ice cream and Dove soap--posted a net profit of 6.05 billion euros ($6.91 billion) for the year compared with EUR5.58 billion for 2020 and a consensus of EUR5.79 billion, taken from FactSet and based on 11 analysts' estimates.

Adjusted operating profit--one of the company's preferred metrics, which strips out exceptional and other one-off items--was EUR9.6 billion compared with EUR9.4 billion in 2020 and a company-compiled consensus of EUR9.51 billion.

Unilever said it expects sales growth in 2022 to be in the range of 4.5% to 6.5%, although it faces a volatile inflationary environment. With cost pressures accelerating due to the company's exposure to emerging markets, Unilever expects inflationary costs in the first half-period of more than EUR2 billion.

"This may moderate in the second half to around EUR1.5 billion, although there is currently a wide range for this that reflects market uncertainty on the outlook for commodity, freight and packaging costs," it said.

Unilever said it is planning a share buyback program worth up to EUR3 billion for 2022-23, expected to start in the first quarter, with the company saying that it doesn't plan to pursue major acquisitions in the foreseeable future.

Turnover rose to EUR52.44 billion from EUR50.72 billion for the year-earlier period, driven by a positive impact of acquisitions despite currency exchange headwind. Turnover was expected to rise to EUR52.11 billion for 2021.

Unilever said its business restructuring is expected to be fully operational from the middle of the year and will generate around EUR600 million of cost savings over two years. The company said in January that it would reorganize its business into five category-focused groups.

The board declared a fourth-quarter dividend of EUR0.4268 a share, the same as the previous year.

Write to Michael Susin at michael.susin@wsj.com 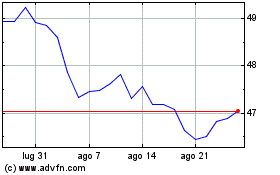 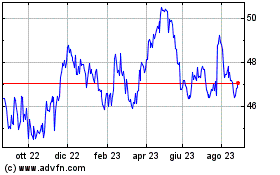 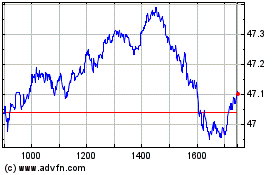