European stocks struggled for traction again on Tuesday, in another cautious trading session, as investors faced up to the risk that the Federal Reserve will continue to raise interest rates throughout the next year.

Monday's hotter-than-expected U.S. services-sector reading fueled concerns that the Fed may need to be even more aggressive in its inflation battle.

"If nothing else, the ISM services report is being interpreted as very strong, and thus the economy is overheating and that means more Fed tightening," FHN Financial said.

Europe faces recession in 2023, though this is unlikely to be deep, thanks to government support that has been put in place, Natixis said. "Governments are intervening in a very meaningful and aggressive way."

There is some uncertainty about whether money will reach everyone in time and exactly those who need it the most, Natixis said.

But the numbers put on the table are big enough to shelter the economy from a larger recession that could have been anticipated given the energy shock.

Stock futures edged higher, putting indexes on course to ease some of the prior day's sharp losses, as investors awaited a fresh look at the economy from trade data.

The yield on the 10-year Treasury note eased lower to 3.583%, from 3.598% on Monday. The benchmark note's yield has largely trended lower over the last month.

Later in the day, investors will eye trade-deficit data that is expected to show the trade gap in goods and services widened further in October. The deficit grew for the first time in six months in September.

The dollar continued to edge higher after the stronger-than-expected U.S. ISM non-manufacturing report dampened expectations the Fed could pivot on its aggressive interest rate rise cycle.

It said the dollar may stabilize over coming weeks following the pronounced depreciation over past weeks.

The euro looks vulnerable to a potential renewed rise in energy prices as the eurozone's supply issues persist, ING said.

"The freshly imposed EU embargo on Russian seaborne crude and the $60 per barrel price cap may start to show their effects on the energy market soon. When adding an expected drop in temperatures in Europe from this week, the risks of a new rally in energy prices are non-negligible, and the euro is highly exposed to such risks."

Trading below 190 basis points, the 10-year Italian BTP-German Bund yield spread "is probably below where most would have put [it] just one week before the ECB takes decisive steps toward unwinding its bond portfolio," ING said.

This tool has been instrumental in compressing spreads and "most would expect that going into reverse would put widening pressure to spreads, even if the effect might not be felt immediately," ING said.

Besides an expected interest-rate rise, the focus at next week's ECB meeting has been on the timing and size of quantitative tightening, with little noticeable market impact so far.

Linker gilts attracted stronger demand than nominal gilts in the first week of the Bank of England's sale of emergency gilt acquisitions, Bank of America said,

BofA said the maturity of the U.K. November 22, 2022 index-linked gilt and the exit of a linker from the over 5-year inflation linked index caused huge demand for longer-dated linkers.

"For portfolios benchmarked against affected indices, this will likely have prompted to rebalance their portfolios-- shifting longer--creating demand for longer dated issues."

The BOE sold GBP2 billion linkers and GBP1.3 billion nominal gilts in the first week of the operation.

"China's reopening sentiment should provide a plank for the crude price to springboard off," said SPI Asset Management.

Base metals were mixed, with gold little changed, as traders remained uncertain on whether the Fed will keep hiking rates into next year.

Elsewhere, Bloomberg reported that the EU and U.S. are considering tariffs on Chinese aluminum and steel, citing unnamed sources.

Manufacturing orders in Germany increased in October after falling the previous two months, a sign demand for goods could be slightly recovering.

Factory orders rose 0.8% in October compared with the previous month, according to price-adjusted data from the German statistics office Destatis released Tuesday.

Retail sales in the U.K. rose in November compared with the year before, according to the latest report by KPMG and the British Retail Consortium--though given high inflation rates, the rise masked a much larger drop in volumes.

British retail sales between Oct. 30 and Nov. 26 rose 4.2% compared with the same period a year before, the report found. This was below the 5.0% noted in November 2021, but exceeds the three-month average growth rate of 2.6%.

CEO Carla Kriwet will leave the company at her own request and by mutual agreement amid strategic differences, FMC said late Monday. The company has twice this year slashed financial guidance for the full year, pointing to a worsening macro backdrop that has resulted in rising supply-chain costs. The company also withdrew its mid-term targets given the continued pressures.

At a Monday gathering to discuss trade and technology issues, however, the two sides failed to make progress on a dispute over the U.S.'s new electric-vehicle program that has strained bilateral ties, an issue that was raised by French President Emmanuel Macron during his meeting with President Biden last week.

Iran Considers Easing Some Restrictions on Women as Protests Continue

Iranian officials said they were finalizing plans to overhaul the enforcement of laws around women's dress, as hundreds of businesses in Tehran and other Iranian cities closed their doors Monday at the start of a three-day strike called by antigovernment protesters.

But the prospect of government concessions appeared unlikely to satisfy many protesters who have called for a mass rally in Tehran on Wednesday.

Big and small investors are queuing up to pull money out of real-estate funds, the latest sign that the surge in interest rates is threatening to upend the commercial-property sector.

Blackstone Inc. last week said it would limit the amount of money investors could withdraw from its $69 billion flagship real-estate fund following a surge in redemption requests. Starwood Capital Group shortly after notified investors that it was also restricting withdrawals in a $14.6 billion fund, according to a person familiar with the matter.

Oil Prices and Energy Stocks Are Headed in Different Directions. What Gives?

While recent hopes that inflation has peaked sparked sharp gains in stocks and bonds, oil prices just bounced off their 2022 lows, hit by worries about slowing global growth eating into demand for fuel. Early gains for crude Monday, triggered by easing Covid restrictions in China and a price cap on Russian oil, quickly petered out.

Chinese stocks have recently been whipsawed by the country's attempts-and its numerous struggles-to move past the Covid-19 pandemic.

Investors say it is only the beginning of what is likely to be a long and tumultuous period, as Beijing tries to pivot from a zero-tolerance Covid policy characterized by lockdowns and numerous restrictions to living with the virus and limiting its damage to the economy. Economists and strategists say China's path to reopening in the coming year is littered with hurdles that make it difficult for investors to predict the impact on domestic spending, corporate earnings and the country's stock market.

SYDNEY-The Reserve Bank of Australia continued to raise interest rates cautiously at its final board meeting for the year, maintaining the pace of increases despite early signs that inflation may be peaking.

The RBA on Tuesday raised the official cash rate by 25 basis points to 3.10%. It was the third straight month that the RBA, which said it still expects to raise rates further, increased borrowing costs by that amount.

Monday's punishing selloff could be the beginning of the next leg lower for stocks as a sense of complacency has taken hold in markets following a stellar October and November, several strategists told MarketWatch.

In a note to clients on Monday, Jonathan Krinsky, chief technical strategist at BTIG, said that U.S. stocks were primed to tumble after the S&P 500 SPX bounced off its latest resistance level, which coincided with the index's 200-day moving average, a key technical level for assets. Krinsky illustrated the pattern in a chart included below. 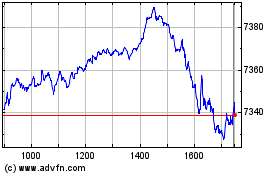