The euro declined against its major counterparts in the European session on Thursday, as Eurozone business growth slowed sharply to a 16-month low in June as demand stalled and price pressures remained elevated.

The latest survey from S&P Global showed that the flash composite output index fell to a 16-month low of 51.9 in June from 54.8 in May. Economists had expected a score of 54.

Separate surveys showed that business activity in Germany and France eased in June, fuelling worries about the bloc's growth outlook.

German bond yields fell, with the yield on the 10-year bund reaching 1.466 percent.

Looking ahead, Canada manufacturing and wholesale sales for May, U.S. weekly jobless claims for the week ended June 18 and S&P Global's services PMI for June will be released in the New York session.

At 10 am ET, Federal Reserve Chair Jerome Powell will testify on the semi-annual monetary policy report before the House Financial Services Committee in Washington DC. 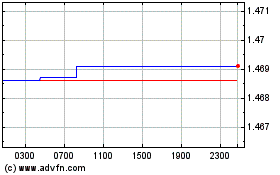