Sterling vs US Dollar Notizie

The U.S. dollar moved up against its major counterparts in the European session on Friday, as European stocks fell on growing worries about a recession in the wake of a faster policy tightening by major central banks to curb soaring inflation.

Tepid outlook from Micron Technology also weighed on shares. The company provided a disappointing revenue guidance for the current quarter and said the demand had "weakened considerably in a very short period of time."

The U.S. Federal Reserve raised rates by 75 basis points last month and the markets are expecting another hike of the same size at the end of this month.

Data showing a drop in U.S. manufacturing activity to a two-year low in June added to worries.

The Institute for Supply Management's manufacturing PMI slid to 53.0 in June from 56.1 in May. Economists had expected the index to dip to 54.9.

Against the loonie, the greenback was up at a 1-week high of 1.2966. The currency may challenge resistance around the 1.32 level. 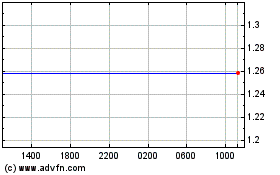