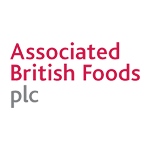 0828 GMT - The FTSE 100 Index gains 0.3%, or 21 points to 7259 as oil, mining and financial stocks rise ahead of the European Central Bank's rate-setting decision at 1215 GMT. BHP, Antofagasta and Rio Tinto advance as metal prices mostly increase, while BP and Shell climb as Brent crude advances 0.4% to $88.36 a barrel. Banks and insurers also gain amid speculation that the ECB will boost eurozone interest rates by 75 basis points. Still, Primark owner Associated British Foods drops 7% and rivals fall after ABF said it now expected Primark's profit margin for next year to be lower than the operating profit margin of 8.0% forecast for the second half of this financial year, which ends on Sept. 17. (philip.waller@wsj.com)

Thoma Bravo Doesn't Plan to Make an Offer for Darktrace

Thoma Bravo LLC said Thursday that it doesn't plan to make a formal offer for Darktrace PLC, without providing any explanation as to why.

Darktrace PLC said Thursday that it swung to a pretax profit for fiscal 2022 on increased revenue as it saw a rise in customer numbers.

Associated British Foods PLC said Thursday that its fiscal 2022 adjusted operating profit and adjusted earnings per share are expected to surpass the previous year's on strong sales growth, and that it anticipates rising sales, but declining profit, in fiscal 2023.

Vistry Group PLC said Thursday that pretax profit slipped for the first half of 2022 on exceptional costs related to building safety remediation, though revenue rose and it backed its full year expectations.

Melrose Industries PLC said Thursday that its first-half pretax loss widened and missed a forecast after it booked higher costs, and that it intends to separate the GKN automotive and GKN powder metallurgy businesses via a demerger.

Funding Circle Holdings PLC said Thursday that pretax profit sharply fell in the first half 2022 and downgraded its income outlook for the second half, citing macro uncertainties.

Restaurant Group PLC said Thursday that its pretax loss for the first half of 2022 narrowed as revenue rose significantly.

Warpaint London PLC said Thursday that strong first-half trading has continued into the second half of 2022 and it now expects full-year results to be ahead of market expectations.

National Express Group PLC said Thursday that Helen Weir will be its next chairwoman, replacing current chairman John Armitt, and that James Stamp will be appointed interim chief financial officer on Nov. 1.

0905 GMT - Thoma Bravo's decision not to make a bid for Darktrace is clearly an outcome that will weigh on the U.K. cybersecurity company as the bidder is a reasonably well-respected enterprise software investor, Davy Research's David Reynolds and Alex Short say in a research note. Darktrace's full-year results were solid, but a revenue recognition issue that took around $3.8 million in fiscal 2022 revenue into the prior year is probably not a positive in terms of investor confidence, Reynolds and Short say. This is though perhaps trivial when compared with the talks ending, they add. Shares are down 30% at 358.00 pence. (kyle.morris@dowjones.com)

0904 GMT - Vistry Group rises 1% and other U.K. house builders gain after the company formerly known as Bovis Homes reported higher first-half adjusted pretax profit and backed its full-year expectations. Still, news elsewhere in the sector were more downbeat, with a Royal Institution of Chartered Surveyors market survey showing a balance of 53 respondents reporting higher house prices in August, down from 62 in July and representing the weakest reading since January 2021, Interactive Investor says. "Fears of an upcoming recession, spiraling inflation, rising interest rates and the cost-of-living crisis are starting to impact the housing market, with buyers and sellers potentially holding off amid the uncertainty," Interactive head of investment Victoria Scholar says in a note. (philip.waller@wsj.com)

0900 GMT - GSK shares reflect the worst-case scenario around the litigation over Zantac, a recalled heartburn drug, Jefferies analysts say in a note. That scenario, however, can't be excluded as unreasonable, and the company's uncertainty overhang is persisting, perhaps until the second half of 2023, they say as they downgrade the stock to hold from buy. If a settlement is reached over Zantac, plaintiffs would negotiate between themselves to agree the proportion owed by each company involved in the case, and GSK is likely to be the most exposed company, the analysts say. The British major's share of the settlement might reach 30% or 50%, according to Jefferies. (cecilia.butini@wsj.com)

0835 GMT - Melrose Industries demerging its automotive and powder metallurgy businesses will allow both independent groups to benefit from a simpler, focused structure and deliver significant upside in both revenue and margins, J.P. Morgan Cazenove analysts Andrew Wilson and Chitrita Sinha say in a note. The turnaround specialist's timing is appropriate, allowing for suitable capital structures for both groups, while a restructuring of the automotive business is already complete, they say. "The rationale is clear; Melrose Group will be able to actively pursue its 'Buy, Improve, Sell' model in Aerospace or broader industrial opportunities, while Automotive Group will be able to take advantages of auto-specific opportunities, potentially acting as a consolidator in the industry," the analysts say. (anthony.orunagoriainoff@dowjones.com) 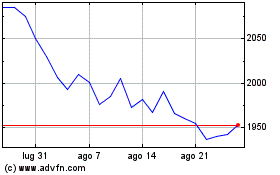 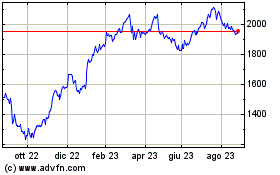 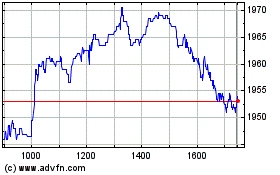