Tower Resources plc (the "Company" or "Tower" (TRP.L, TRP LN), the AIM-listed oil and gas company with a focus on Africa, is pleased to provide an update on activity in respect of its Thali Production Sharing Contract (PSC), in the Rio Del Rey sedimentary basin offshore Cameroon.

Tower is pleased to announce that the Minister of Mines, Industry and Technological Development (MINMIDT) has, with the support of the President of the Republic, agreed to grant a further extension of the First Exploration Period of the Thali PSC to 11 May 2023.

Tower is also pleased to announce that it expects to complete shortly a letter of intent (LOI) with Shelf Drilling to cover the drilling and testing of the NJOM-3 well in the fourth quarter of 2022, using the Shelf Drilling Trident VIII jack-up drilling unit. The terms of the draft LOI are confidential, but in line with market levels and the Company's current budget for the well. With rig day-rates, fuel and other costs all having risen during the past year, the overall budget for the well is around 20% higher than the original figure of around US$15 million, but with some US$4 million of the cost already incurred and all long lead items already purchased, Tower currently estimates the remaining cost at around US$14 million. It should be stressed that among the budget uncertainties is the number of separate zones that the Company will wish to test, however it should also be understood that if we choose to test more productive zones separately, then this will be because the well prognosis is closer to the upper end of expectations.

During the last six months the Company has also continued to work on both the subsurface dataset and also the plans for additional wells and early production from the Njonji structure, following the drilling of the NJOM-3 well. The updated dataset has allowed to further clarify the NJOM-3 well objectives, and Tower has also had the opportunity to discuss alternative platform and Mobile Offshore Production Unit (MOPU) designs with potential contractors and partners, which it is hoped will accelerate the next steps following a successful NJOM-3 well test.

The Company has still not received an approval of the Beluga Energy (Beluga) farmout as presented to MINMIDT in September 2021. However, the Company has now informed the Minister that, upon receiving the extension of the First License Period, it will no longer be seeking approval of the farmout in its current form. There are a number of reasons for this, but the most important is that during the last six months while the Government of Cameroon was conducting due diligence on the proposed transaction, the market environment has changed considerably. In particular, the Company has been in discussion with local banks in Cameroon (including the bank with which it previously discussed this transaction in 2019) and the Company now believes that debt financing may be available to cover a significant portion of the well cost. This should allow a restructured transaction which would require less of the equity in the project to be given up in return for the well funding, to the advantage of all parties. It should also be noted that a restructured transaction (as contemplated in the original farmout documents) does not require government approval.

The Company intends to work with the banks with whom it presently has discussions, and with Beluga and other interested parties, to restructure the well financing over the next few months, with the objective of concluding a revised transaction in the third quarter of 2022, that is less dilutive to Tower shareholders than the present farmout structure. The Company does not intend to comment further on these discussions until they are completed.

Next steps will include the finalisation of the well financing and the rig contract and other service contracts in the third quarter of 2022, by which time a narrower range for the planned mobilisation of the rig will also be announced.

"We are pleased that we can finally share concrete news regarding the progress on the NJOM-3 well on the Thali PSC area, and we are grateful as always to MINMIDT, and to the President and Prime Minister of the Republic of Cameroon, as well as our partners at SNH, for their continued support. We realise that it has taken longer than any of us would have liked to reach this point, but we also feel that we have been able to make good use of the extra time both to enhance our understanding of the subsurface and our plans for the next steps on Thali, and also (we hope) to improve the terms of the well financing. We continue to believe that Thali has the potential to produce millions of barrels of oil over the next few years, which will provide great benefit to both the Republic of Cameroon and to our shareholders." 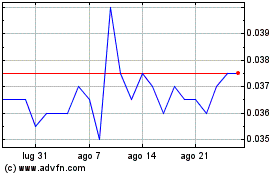 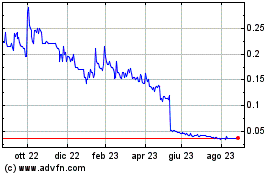 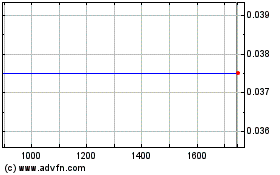