Withdrawal of Requisition for General Meeting

B90 Holdings plc (AIM: B90), the online marketing and operating company for the gaming industry, announces that it has received a written communication from the Requisitioning Shareholders requesting the withdrawal of the requisition for an Extraordinary General Meeting ("EGM"). Consequently, the Resolutions, as detailed in the Circular and Notice dated 17 October 2022, will not be put to the EGM, scheduled to be held today, Monday 7 November 2022.

Following receipt of shareholder proxy votes and letters of representation, B90 further announces the following Board changes:

Ronny Breivik and Martin Fleisje are being appointed to the Board with effect from 7(th) November 2022.

Ronny will be joining as an executive director, holding the title of Interim Executive Chairman. Ronny initially joined B90 as CEO of B90 Ventures Ltd, the main operating subsidiary of the Group in April 2021. Ronny has worked in online gaming since 1997 and launched the first gaming portal in Norway.

In the early 2000s, Ronny was involved in a start-up, OddsAlive.com, which was subsequently sold to BetInternet in 2003. From 2004 until 2006 Ronny worked with Sportingbet.com, while also taking on the role of Product Manager for Bet24.com, which was later sold to the Modern Times Group. While at Bet24.com, Ronny introduced live betting and online poker to that company's product portfolio, creating and honing a profitable business model for live betting and online poker.

From 2006 until 2011, Ronny was the CEO of M&B Poker Invest Ltd, which specialised in betting affiliation. During this time, Ronny co-founded and was one of the pioneers of the world's first 'rakeback' site, arguably disrupting the online poker world.

Martin will be appointed as an independent non-executive Director. Martin is currently chief financial officer of Induct AS, a Norwegian software company. Prior to joining Induct AS, Martin spent the majority of his career in wealth management and sales most recently with Kraft Finans AS and Pioner Kapital AS, both based in Norway.

Karim Peer, Executive Chairman and Nigel Eastwood, non-executive Director are stepping down from the Board with immediate effect.

Following the above changes, the Directors intend to review the composition of the Board, both at executive and non-executive level, including seeking to identify and recruit one or more additional independent Directors to further enhance the Board's experience and expertise as B90 completes its turnaround and pursues its growth strategy. The Board looks forward to updating the market on progress in due course.

The Board wishes to thank Karim and Nigel for their contribution to the Group and wishes them both well in their future endeavours.

Commenting on the changes Mark Rosman, Senior Non-executive Director, said "I would like to welcome Ronny and Martin to the Board and together we look forward to being able to continue the direction of travel in the business started by Karim. We thank Nigel and Karim for their contribution to B90."

In accordance with the AIM Rules, the following information is disclosed:

Other than the information disclosed above, there is no further information in respect of the above appointments required to be disclosed under Schedule 2 paragraph (g) of the AIM Rules.

All capitalised/defined terms used in this announcement and not otherwise defined shall have the meanings given to them in the Circular and Notice dated 17 October 2022.

The information contained within this announcement is deemed by the Company to constitute inside information as stipulated under the Market Abuse Regulation (EU) No. 596/2014 as it forms part of United Kingdom domestic law by virtue of the European Union (Withdrawal) Act 2018, as amended.

About B90 Holdings plc

B90 Holdings plc is a group of companies focused on the operation of its own online Sportsbook and Casino product as well as marketing activities for other online gaming companies. 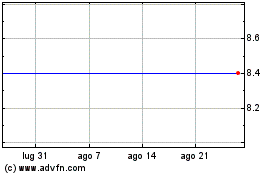 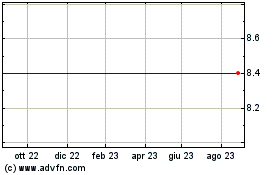 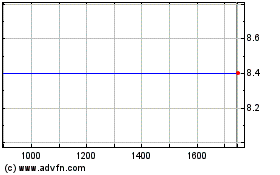