Its programmatic ad sales do not involve any human sales teams and instead are automated on a self-service platform with the help of machine learning and AI algorithms. Also, these ads are then sold through real-time auctions conducted on the mobile application, website, or connected TV platform.

Sounds impressive? It is. TTD is one of the largest businesses in its space and was one of the hottest performing stocks until the recent sell-off.

Considering the valuation at which the stock is presently trading and the expected surge of digital advertising, TTD seems like a bargain buy.

TTD will benefit from the widening market for digital ads

The pandemic has accelerated the shift towards digital ads. Most businesses are increasingly shifting their spending to digital channels and spending by global advertisers on digital have been 22.5% higher last year. Further growth is expected especially because streaming giants Netflix (NASDAQ: NFLX) and Disney+ (NYSE: DIS) have decided to launch the ad-supported versions of their streaming services later this year.

Disney has stated that it will be launching an ad-supported version of its streaming service platform, Disney+, in the US by the end of 2022, and thereafter internationally by 2023. The company already boasts of having about 137.9 million customers worldwide, and by 2024 the number might reach between 230 million and 260 million. Similarly, Netflix also has a similar plan although the company has not yet mentioned a clear timeline for its ad-supported version.

These developments could benefit TTD in a massive way. The company has already reached 120 million connected TV devices in the US, and these incoming opportunities would further help the company boost its revenues to a great extent.

The Trade Desk and its competitive advantages

TTD has some competitive advantages. Firstly, the company’s business model is great. It does not buy the ad inventory and then sell it to its clients but instead charges a fee on the basis of the total advertising spent over its platform. Moreover, its open platform can be customized as per the customer’s convenience, allowing it to improve engagement and retention.

Second, with the help of its new platform called Solimar, the company will address the privacy updates from Apple (NASDAQ: AAPL) and Alphabet (NASDAQ: GOOG)(NASDAQ: GOOGL). Also, through the Unified ID 2.0 solution access to third-party cookies will be prevented.

Finally, newer technologies like the growing use of connected TVs and 5G wireless speeds will foster the growth of data and the digital ad market, and eventually, the combined advertising spending might lead to a $1 trillion opportunity in the coming decade.

Despite the high levels of inflation and bearish market trend, notable growth has been observed in TTD’s quarterly revenues. The company delivered its strongest first-quarter revenue growth in the last four years in 2022 and its revenue of $315 million showed a 43% year-over-year growth, compared to Q1 of 2021.

Its adjusted EBITDA rose by 38% and the adjusted net income increased by $35 million translating to adjusted diluted earnings per share of $0.21.

TTD is currently trading at $41.6 and the average analyst price target for the stock is $83.67 which is a potential upside of over 100%, making it one of the top bets for growth investors right now. 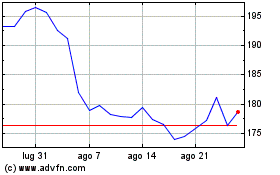 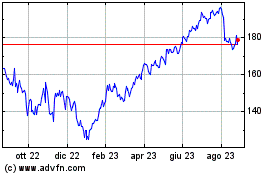 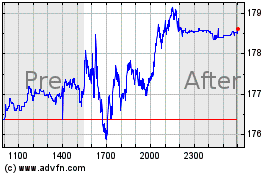