BASF SE said Wednesday that it would put into action a new cost-saving program worth half a billion euros a year amid a deteriorating energy outlook and after a writedown on its stake in the Nord Stream 1 gas pipeline forced third-quarter earnings below expectations.

The German chemical giant said it would implement a cost-savings plan worth 500 million euros ($485.3 million) annually in 2023 and 2024, as conditions worsen in Europe and what it called significantly weaker earnings.

Earnings were especially worse in Germany, where third-quarter results were negative, BASF said.

Overall, BASF's net income in the quarter to the end of September was EUR909 million, down from EUR1.25 billion in the same period of 2021.

The on-year fall was due to an impairment worth EUR740 million on the partial write-down of its 73%-owned subsidiary Wintershall Dea's stake in Nord Stream AG, which operates the Nord Stream 1 pipeline between Russia and Germany.

Sales, however, increased on year by 12% to EUR21.95 billion on the back of higher prices, though volumes fell, it said.

Increased prices for raw materials and energy could only partly be passed on through higher selling prices, BASF said.

The net profit was below consensus expectations provided by the company of EUR1.11 billion, while sales ticked above views of EUR21.08 billion.

Operating, service and research & development divisions, as well as its corporate center, will be streamlined, with more than half the savings at its main base at Ludwigshafen in western Germany, it said.

While some cost savings possible in the short term will be implemented immediately, others will be announced in the first quarter of 2023, including reevaluating its Verbund production strategy, the company added.

Employee representatives would be involved regarding the different measures, BASF said.

The company, however, said its 2022 outlook was unchanged, including earnings before interest and taxes before special items of EUR6.8 billion-EUR7.2 billion.

Investors reacted positively to the news, with BASF shares in Frankfurt rising 2.0% to EUR42.30 at 1300 GMT.

BASF is due to publish full third-quarter results on Oct. 26. 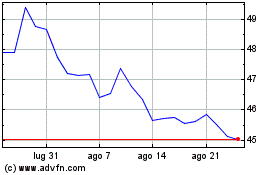 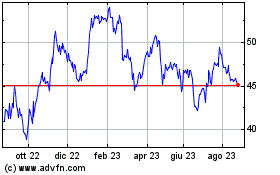 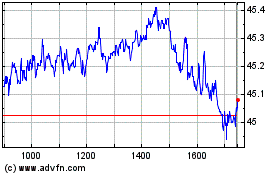