„The year 2021 was historic for Síminn. The agreement on the sale of Míla marks one of the biggest changes that have been made to the group in its century history. During the year, the sale of Síminn's second largest subsidiary, the information technology company Sensa, was also finalized.

At the same time as the group's reshuffle took place, the basic operations went smoothly, both at Síminn itself and at the group. The Group's profit increases between years and amounts to almost ISK 3 billion from the operations that were within the Group at the end of last year, including Míla but without Sensa. Considering the profit from the sale of Sensa, the profit was over ISK 5.2 billion. Part of Sensa's sale proceeds were shares in Crayon, all of which have now been sold. Due to a positive development in Crayon's share price, the final profit from the sale of Sensa turned out to be ISK 2,180 million, or about ISK 120 million higher than expected when the transaction was completed. The Group's EBITDA has never been higher, or ISK 10.6 billion. Revenues increase significantly in mobile phones but slightly in data transmission and television.

The improvement in operations last year is due to lower costs, which in turn is largely explained by streamlining measures taken in 2020. Those measures reduced wage costs but outsourcing of key aspects of Síminn's information technology was fully implemented in 2021. This measure shifted costs between operating items and reduced spending. The main purpose of this change is to deliver an increased response rate in the long run and improved service capacity to customers. The pandemic continued to have a clear effect on reducing both income and expenses during the year. Síminn did not accept any public subsidies such as media subsidies, share compensation or other public contributions established after the epidemic.

After some preparation, agreements were reached on the sale of Míla last October. The buyer is the infrastructure fund company Ardian. The company has applied to Icelandic pension funds to be a co-owner of Míla with a minority share. The total value of Míla in the transaction is ISK 78 billion and Síminn's estimated capital gain is ISK 46 billion, considering the cost of the transaction. Thus, the sale is particularly advantageous and maximizes the value of this asset for Síminn. A wholesale agreement was made between Síminn and Míla with a 20-year duration, which takes effect upon delivery of the company. Through the companies' long-term agreement, Síminn secures access to the infrastructure necessary to continue to provide quality services to its customers. The change in Míla's ownership has almost no effect on the transactions between the companies, they will remain on the same basis as since the establishment of Míla in 2007, based on arm's length considerations. Síminn's operations will therefore not be affected beyond what is traditional when subsidiaries are sold. It is also clear that lease obligations are not formed in Síminn's balance sheet following the transaction.

Míla's balance sheet is classified in the consolidated financial statements 2021 as discontinued operations and assets held for sale. The same applies to Míla's operations. In other respects, there is no effect in the account on the sale of the company and the capital gain on the transaction is not stated in the account. The transaction is being processed by the Competition Authority, and on 9 February the Authority announced that it had received a merger notification which it considered to be satisfactory. The deadline for the agency to review the transaction has therefore begun and a decision should be available by the middle of the year.

The group was refinanced few months before the sale of Míla and about ISK 8 billion was paid to shareholders through a reduction of share capital. The parent company is now very moderately indebted and in fact financed with share capital to a much greater extent than is normal in the long run. The aim is to move Síminn's capital structure to a more efficient position after the sale of Míla has been completed. Until then, investments in the company's internal systems and processes will be accelerated and the purchase of own shares will continue. At the same time, there is increasing weight in the 5G structure on behalf of both companies, Síminn in the core system and Míla in the RAN system. At the end of the year, the 5G system covered most of the capital area, and a 5-year agreement was made with the Swedish technology company Ericsson to accelerate the nationwide development of this secure future system of ours.

Last year, Síminn also became the largest reseller of fiber-optic local loops in Iceland and was for the first time able to use all networks available in the country to offer its services to customers. Míla has also increased its investments in the fiber-optic network, since the agreement on the sale of Míla was signed. The TV right for the English Premier League was renewed until the year 2025 and the collaboration with domestic and foreign content producers was extended. In this way, quality content in Síminn's television service has been ensured for the next few years.This year will mark the new beginning of Síminn as an independent service company with less than 300 employees. The company is now based on a light balance sheet and flexible operations, with excellent suppliers and an ambitious range of services in telecommunications, television and fintech. Further opportunities for revenue growth are also being considered. "

An investor presentation will be held on Wednesday 16 February 2022 at 8:30 am at Síminn‘s headquarters in Ármúli 25, Reykjavík. During the meeting, Orri Hauksson CEO and Óskar Hauksson CFO will present the financial results. The meeting will be held in Icelandic. Documents for the meeting are available in Nasdaq‘s Iceland company news and on the company’s investor relations website https://www.siminn.is/umsimann/uppgjor.

The meeting is webcasted on: https://www.siminn.is/fjarfestakynning.

The English version of the consolidated financial statements will be available at https://www.siminn.is/umsimann/quarterly-results later this week. 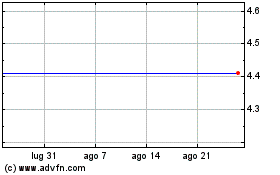 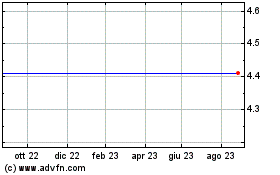 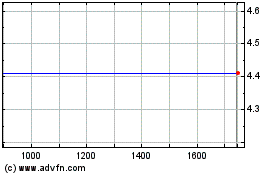