TORONTO, June 7, 2022 /CNW/ - Scotiabank and Cineplex are thrilled to welcome Empire Company Limited as a co-owner of Scene+, one of Canada's leading loyalty programs. Scene+ provides its over 10 million members with the flexibility to earn and redeem points on banking, movies, entertainment, dining, travel, shopping and soon, groceries. 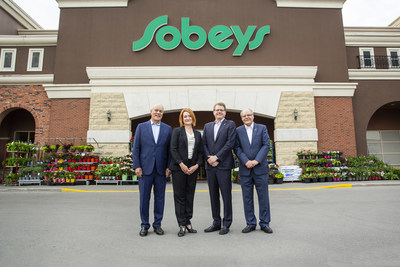 The addition of Empire to the Scene+ program over the coming months will create a uniquely flexible loyalty program for Canadians, giving them options to earn and redeem points on nearly all their daily purchases. The Scene+ rollout will begin gradually with stores in Atlantic Canada in August 2022, and then continue across the rest of Canada culminating in early 2023. Over time, Empire will roll out Scene+ across its family of brands including Sobeys, Safeway, Foodland, IGA, FreshCo, Chalo! FreshCo, Voilà by Sobeys/Safeway/IGA, Needs, Thrifty Foods, Les Marchés Tradition, Rachelle Bery, and Lawtons Drugs. It will also eventually offer Scene+ at Empire's network of liquor stores in Western Canada.

"We're pleased to welcome Empire as a co-owner of the Scene+ program, which will provide Scotiabank customers with even more ways to earn and redeem reward points on nearly all of their daily purchases," said Brian Porter, President and Chief Executive Officer, Scotiabank. "As three of this country's most trusted and iconic brands, we are proud to work together to deliver exceptional value to our customers with a flexible program that will transform the loyalty landscape in Canada."

"We are delighted to welcome Empire to the Scene+ family," said Ellis Jacob, President & CEO, Cineplex. "As a proud co-founder of Scene+, we always knew the potential the program had to deliver even greater value to more Canadians across the country, and today's announcement is bringing that vision to life. The strategic alignment between Cineplex, Scotiabank and Empire creates huge opportunities to deliver even more value for millions of Scene+ members and enables our teams to reach and engage more Canadians than ever before."

Since it relaunched in December 2021, Scene+ now combines the strength of two of Canada's most popular loyalty programs – Scotia Rewards and SCENE. Originally founded in 2007 by Cineplex and Scotiabank, the program has expanded to include Expedia Group and Rakuten to a list of partners and brands that continues to grow and provide Canadians with hundreds of ways to earn and redeem points at some of the country's largest national retailers.

Scotiabank is a leading bank in the Americas. Guided by our purpose: "for every future", we help our customers, their families and their communities achieve success through a broad range of advice, products and services, including personal and commercial banking, wealth management and private banking, corporate and investment banking, and capital markets. With a team of over 90,000 employees and assets of approximately $1.3 trillion (as of April 30, 2022), Scotiabank trades on the Toronto Stock Exchange (TSX: BNS) and New York Stock Exchange (NYSE: BNS). For more information, please visit http://www.scotiabank.com and follow us on Twitter @ScotiabankViews.

Cineplex (TSX: CGX) is a top-tier Canadian brand that operates in the Film Entertainment and Content, Amusement and Leisure, and Media sectors. Cineplex offers a unique escape from the everyday to millions of guests through its circuit of over 170 movie theatres and location-based entertainment venues. In addition to being Canada's largest and most innovative film exhibitor, the company operates Canada's favourite destination for 'Eats & Entertainment' (The Rec Room) and complexes specially designed for teens and families (Playdium). It also operates successful businesses in digital commerce (CineplexStore.com), alternative programming (Cineplex Events), cinema media (Cineplex Media), digital place-based media (Cineplex Digital Media) and amusement solutions (Player One Amusement Group). Providing even more value for its guests, Cineplex is a joint venture partner in Scene+, Canada's largest entertainment loyalty program. 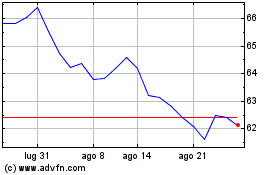 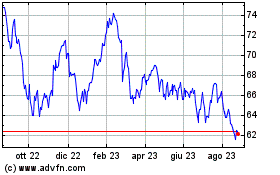 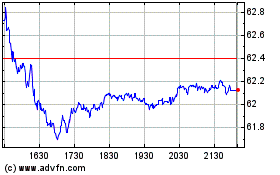